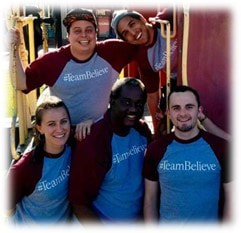 The Believe Virtual Experience
​Join us for an exciting three weeks of performing arts education and fun as only the Believe Team can bring!
This series of classes will be divided into two groups over three-week session; beginning Monday, June 15.  The classes will last 45 minutes each (9 classes for a total of $60).

CLICK HERE TO REGISTER Ages 7-11!           CLICK HERE TO REGISTER Ages 12-19!
Private Coaching
In addition to our group classes, we will offer a limited number of the following private class opportunities for students who wish to have a half-hour, one-on-one, coaching experience with any of the directors for
$20 ​Spots will be limited! ​ ClICK HERE for more details and to register for private coaching sessions!
Master Classes with The Stars!
We are thrilled to offer these exclusive, 45-minute, virtual Q&A and master classes with industry professionals.
(Open to middle school and high school students only)  Spots will be limited! ​ 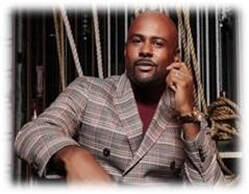 ​Terron Brooks is an American singer, songwriter, and actor. He is best known for his portrayal of R&B/pop singer Eddie Kendricks in the 1998 NBC miniseries "The Temptations". Terron is also a Broadway performer who has been seen as “Simba” in Disney’s The Lion King and “Seaweed” in Hairspray. He was also featured in the world premieres of "Sleepless in Seattle The Musical" and "First Wives Club".  In 2004, Terron played Seaweed in the national tour of the hit musical "Hairspray". 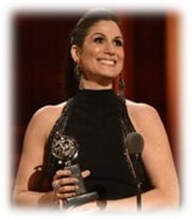 Stephanie J. Block made her Broadway debut in 2003, originating the role of Liza Minnelli in "The Boy from Oz". Block became the first actress to play the role of Elphaba in the first U.S. national tour of "WICKED" in 2005. She later reprised the role on Broadway from 2007 to 2008. She is a three-time, Tony Award nominee and a six-time Drama Desk Award nominee. Stephanie won the 2019 Tony Award for Best Actress in a Musical and Drama Desk Award for Outstanding Actress in a Musical for her lead performance in "The Cher Show".   Her television credits include recurring roles on "Madam Secretary" (2017) and "Rise" (2018).